Law and Empire in the Pacific: Fiji and Hawai`i (School for Advanced Research Advanced Seminar) (Paperback) 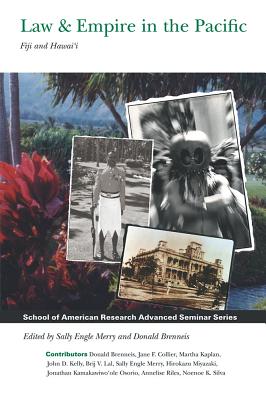 Hawai'i and Fiji share strikingly similar histories of colonialism and plantation sugar production but display different legacies of ethnic conflict today. Pacific Island chiefdoms colonized by the United States and England respectively, the islands' indigenous populations were forced to share resources with a small colonizing elite and growing numbers of workers imported from South Asia. Both societies had long traditions of chiefly power exercised through reciprocity and descent; both were integrated into the plantation complex in the nineteenth century. Colonial authorities, however, constructed vastly different legal relationships with the indigenous peoples in each setting, and policy toward imported workers also differed in arrangements around land tenure and political participation. The legacies of these colonial arrangements are at the roots of the current crisis in both places.

Focusing on the intimate relationship between law, culture, and the production of social knowledge, these essays re-center law in social theory. The authors analyze the transition from chiefdom to capitalism, colonizers' racial and governmental ideologies, land and labor policies, and contemporary efforts to recuperate indigenous culture and assert or maintain indigenous sovereignty. Speaking to Fijian and Hawaiian circumstances, this volume illuminates the role of legal and archival practice in constructing ethnic and political identities and producing colonial and anthropological knowledge.