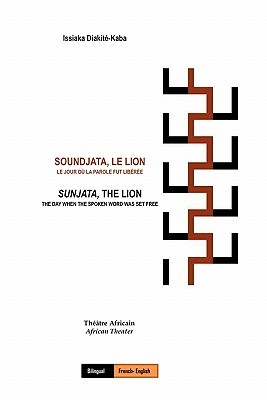 By Issiaka Diakite-Kaba
Email or call for price.
Usually Ships in 1-5 Days

African drama/play-bilingual play (English-French) Sunjata, The Lion: The Day When The Spoken Word Was Set Free Through spoken words, music, call and response, jest, rhythmic utterance and declamation, the play vividly recreates the historical and epical journey of Sunjata, the genuine lion king, unifier and founder of the 13th century Mali Empire. The legendary figure of Sundjata, the one who gave an official role to jali or the griot, the wordsmith and musical artist; also the one who, according to the tradition, with the help of the brotherhood of the master-hunters, at the beginning of his reign proclaimed in the Mand.